Korn was already starting to get too big for their britches as an opening act. I imagine at least as many people there that night were there to see them as were to see KMFDM. This would be the last time I’d see them as an opening act at a non-festival show. Unfortunately, the batteries on my tape deck started running out during the end of their set, which made “Faget” sound funny, like Jonathan Davis was singing after breathing helium. I changed batteries between sets and the recording sounded normal afterwards. 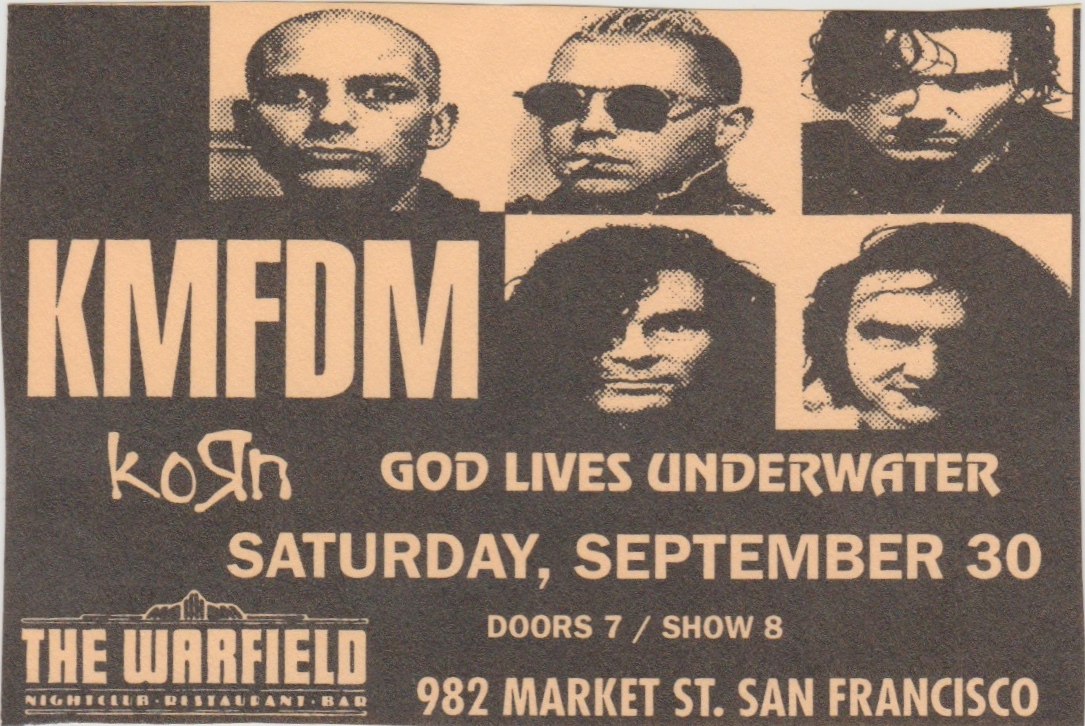