All those gigs opening for bands were finally paying off for Korn. Though admittedly by coincidence, I’d seen practically every show Korn had played in San Francisco up to that point, seeing them already five times by then open for Rage Against The Machine, The House Of Pain, Danzig, Megadeth, and KFMDM. But this would be the first time I’d get to see them headline their own show. They had just finished recording their second album, “Life Is Peachy”, but it wouldn’t be released until a week later, so everybody in the audience was hearing the new songs for the first time. It was said that this was the first show they ever played the last song of the album, “Kill You”, live as well.

The first band opening that night was Limp Bizkit… Yes, THAT Limp Bizkit. Story goes that Limp Bizkit were touring with Sick Of It All and they invited Korn backstage to drink beer and compare tattoos. They were unsigned at the time, but they were able to play them their demo and impressed them enough to take them on tour with them.

Korn did a great set as always and I think it goes without saying that the mosh pit was lively that night. Jonathan Davis brought out the bagpipes once again to do his cover of “Low Rider” by War before playing “Shoots & Ladders”, always a crowd pleaser.

They had a great poster that night too, one that I actually saw recently framed in the office of a local in-house AV company at one of the hotels I did work at a couple years ago. It was a creepy cartoon of a man sitting in a chair, smoking a corn cob pipe, pouring alcohol from a bottle onto himself, and holding a lit lighter, an appropriate image for Korn and their macabre lyrics. One can assume naturally that the bottle labeled “Silo” is of a “Korn” based alcohol. (Ba-dum-boom!) Creepiness aside, it’s always nice to see a poster from a show I attended somewhere and share my experiences with another who was there. That’s one of the reasons why collecting posters is so important to me. 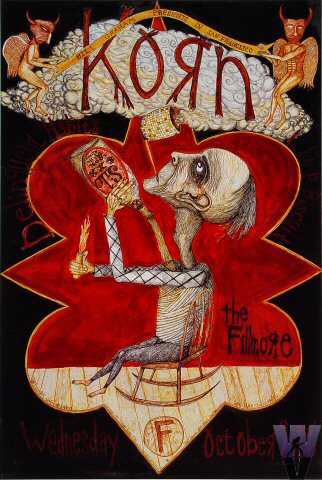 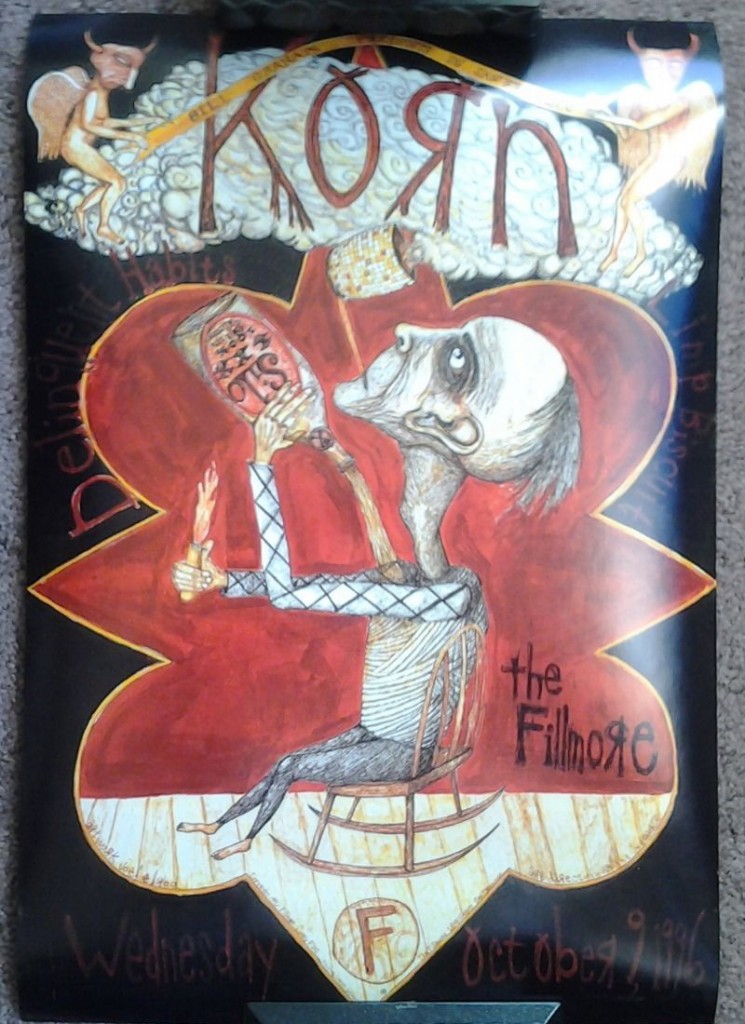 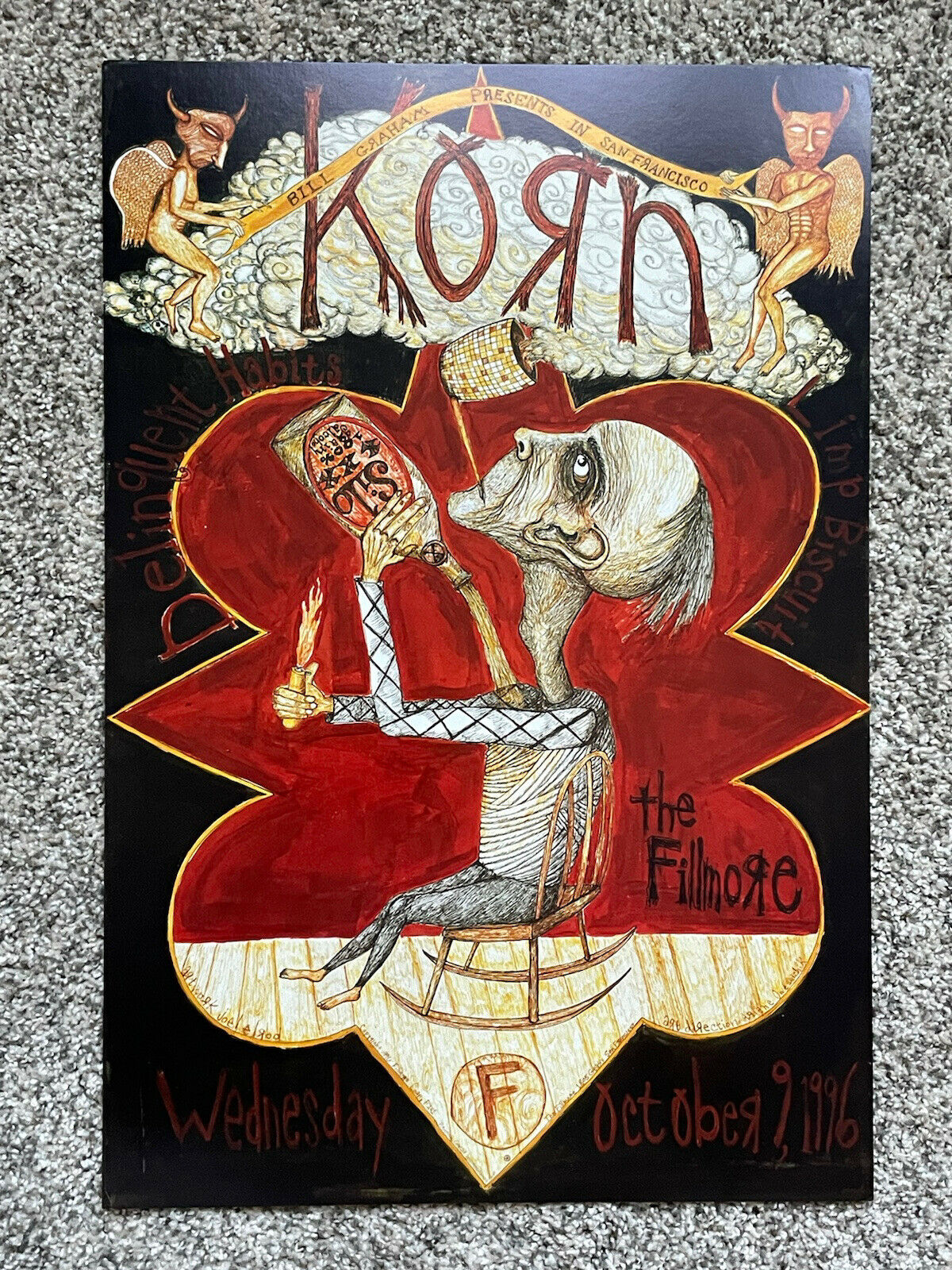 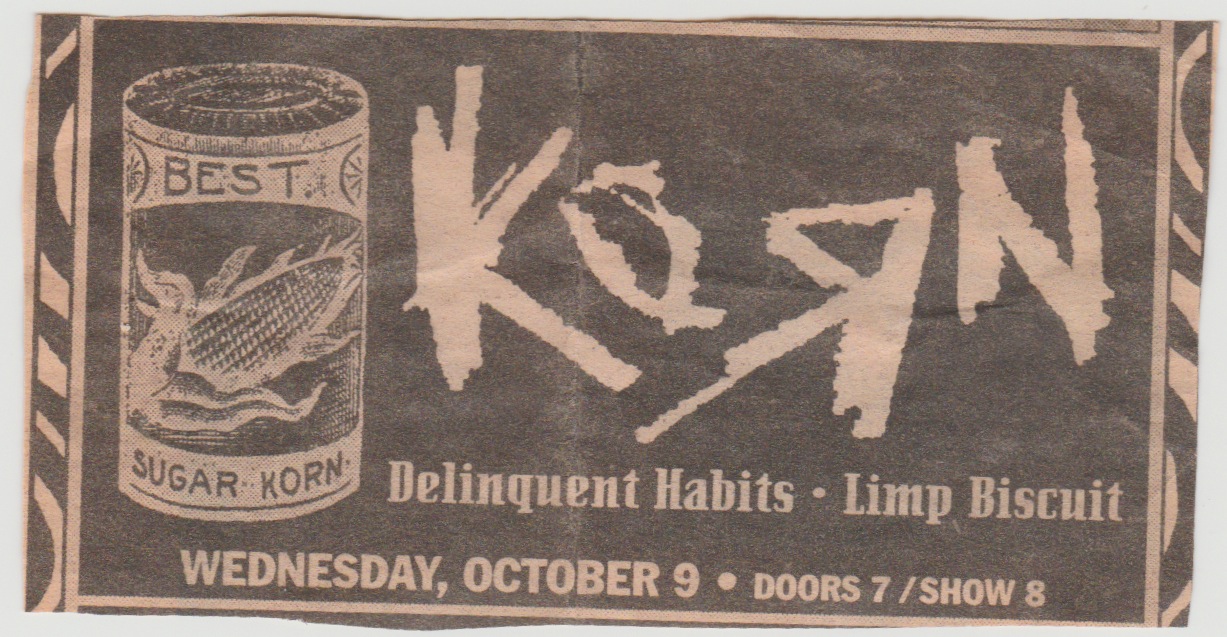 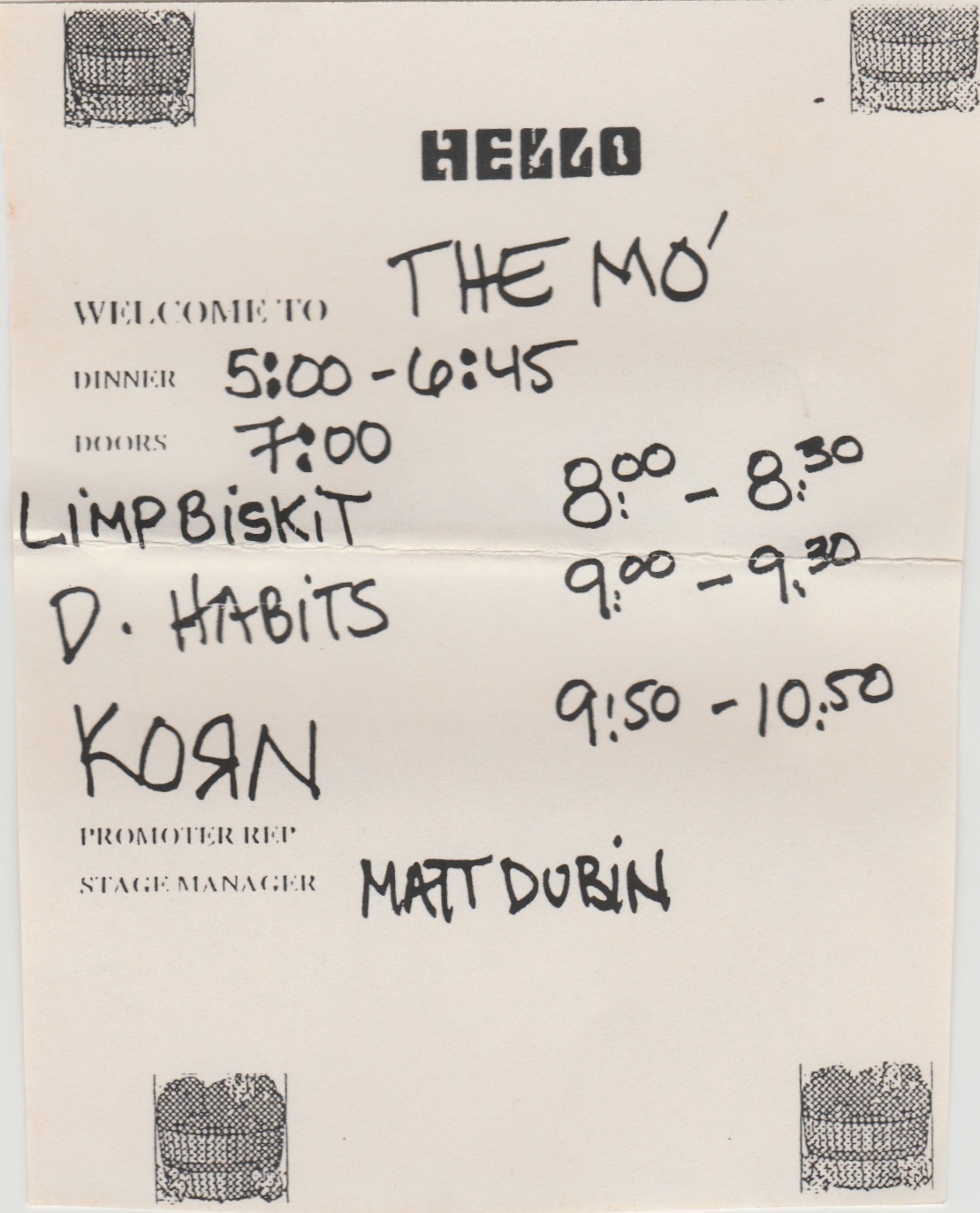